Throughout medical school, I felt that I had to work harder than my male counterparts. I was constantly trying to prove myself in a field dominated by men and that often meant sacrificing my personal life to stay ahead. It was difficult and I always felt like an outsider, constantly trying to earn the respect of the cool kids. In the end, my struggling only served to sweeten my #2 class rank and my graduating with honors. I felt that I had earned my place among the men and overcome the hurdle of sexism. 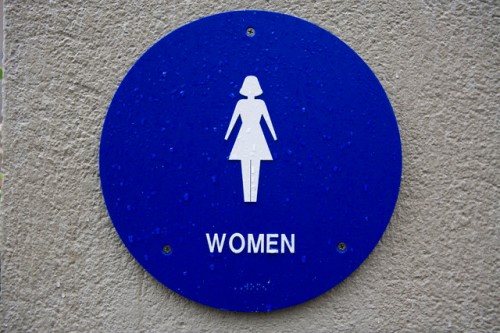 After I graduated, I once again dealt with discrimination. Though this time it wasn’t just because of my gender. My clinicals came and went without much incident, as I could tell the physicians I shadowed felt I was more an annoyance than anything else. The first time I really felt a tinge of discrimination was during my internship, when I was constantly called “girl” or “young’in.” I tried to brush the comments and nicknames off, but after earning the right to work alongside these physicians I wanted to demand respect. I didn’t, though. I just took the abuse and kept my head down.

Then came my residency. On a daily basis, I was subjected to verbal abuse at the hands of my attending, who held no respect for me. I was the lowest of the low to him, a young resident and a woman. This was by far the worst discrimination I had ever encountered. I was miserable throughout most of my residency (which, as a neurosurgical resident, was a long time) and it took its toll on me. I became more withdrawn, abrasive and I was constantly stressed out. The day my neurosurgical residency ended was one of the happiest days of my life. I assumed that the discrimination was over. I had made it so far. Medical school, clinicals, internship, residency. Now I would have the respect of my colleagues, or so I thought.

So he’s a dentist, but you get the picture.

A few weeks ago I scheduled some time off. I like to try to take a few days off each month to reorganize myself and try to focus on a few projects. The time was initially approved, consults were moved around and I was looking at plane tickets. Today, I just happened to look at my schedule for the weekend of the 25th and noticed that I was scheduled to work all the days I had requested off. I was fairly upset, but assumed it was just an error in scheduling. I went to talk to the woman in charge of setting appointments and creating our basic schedules.

The conversation that we had, blew me away…

Me: “I noticed that I was scheduled for days I originally had off. I have the documentation that shows I won’t be here.”

Scheduler: “Another surgeon with family issues asked for the same time off. So he is prioritized ahead of you.”

Me: “I don’t understand. When did he ask off? Those days were originally fine.”

Scheduler: “He asked off yesterday, but he is taking time off for family…”

Me: “Why does taking time off for family make his time more valuable than mine?”

Scheduler: “You’re single, you don’t have family to worry about and so he is prioritized above you. When you aren’t married or don’t have children, you are kind of at the bottom of the totem pole.”

At this point, I didn’t know what to say. I just turned around, walked back to my office and slammed the door. I felt like this was some sort of new discrimination. At what point did my being single become something to be discriminated against? In the U.S., family systems have seen such incredibly vast changes that I was appalled her thinking was still so backward. If I was married with children, my needs would be “prioritized” over the needs of my single colleagues. This isn’t fair, nor is it right. Only 51 percent of Americans are married and even though that means I am in the minority, it doesn’t mean that my time is any less valuable than the married couple next door. I looked up a few articles on “Singlism,” and while some of the issues are just down right silly, a few are well-presented observations about singles discrimination. 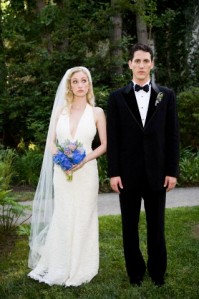 They look thrilled to be in the majority!

Is this sort of discriminatory behavior something most people ignore, or do the majority of people not even realize this goes on? I feel like I have worked hard for what I have. Taking time off is a way for me to enjoy what I have earned, meet new people and strengthen my relationships. How am I suppose to move to the majority, if I never have time to actually have a real relationship?

I’m really not sure where to go from here. I have put in a second request for the same time off and I drafted an email to possibly be sent at a later date. Even though I don’t feel like I have any ground to stand on at work, I am obviously taken aback by the level of thinking that is going on at such a progressive facility.

Questions: Have you ever been discriminated against because you are single? How did you handle it?